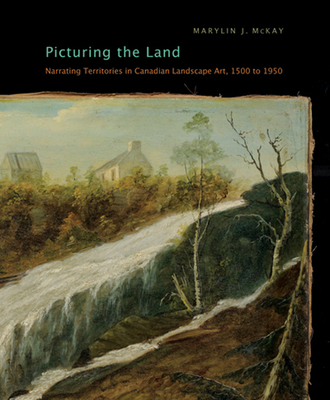 
Special Order—Subject to Availability
Emphasizing the ways in which social, economic, and political conditions determine representation, Marylin McKay moves beyond canonical images and traditional nationalistic interpretations by analyzing Canadian landscape art in relation to different concepts of territory. Taking an expansive and inclusive perspective on Canadian landscape art, McKay depicts this tradition in all its diversity and draws it into the larger body of Western landscape art, broadening the horizon of future study, appreciation, and criticism. Richly illustrated and filled with sophisticated and innovative commentary, Picturing the Land provides new and distinct histories of the landscape art of French and English Canada.
Marylin J. McKay is a professor of art history at NSCAD University and the author of A National Soul: Canadian Mural Painting, 1860s-1930s.
"An exciting and compelling study that provides an invaluable resource for historians and art historians in general and those engaged with art and visual culture in North America in particular." Maureen Ryan, Department of Art History, Visual Art and Theory, University of British Columbia

" ... while previous scholars have considered 'the dilemma of uniqueness' of Canadian art, McKay instead argues that artists in Canada were working well within the well-established tenets of Western civilization -- employing visual modes that had been employed since ancient times. A subtext of the book explores the sometimes divergent ways English and French artists have depicted the Canadian landscape through four centuries; this shines light on issues such as conquest and nationalism through Canada's history. Recommended." CHOICE