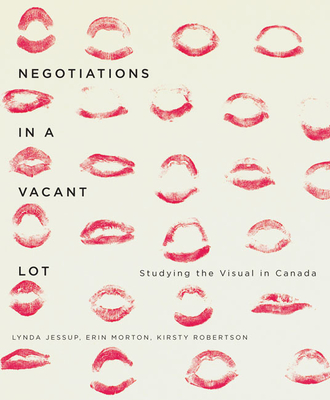 
Special Order—Subject to Availability
At a moment when the discipline of Canadian art history seems to be in flux and the study of Canadian visual culture is gaining traction outside of art history departments, the authors of Negotiations in a Vacant Lot were asked: is "Canada" - or any other nation - still relevant as a category of inquiry? Is our country simply one of many "vacant lots" where class, gender, race, ethnicity, and sexual orientation interact? What happens to the project of Canadian visual history if we imagine that Canada, as essence, place, nation, or ideal, does not exist? The argument that culture is increasingly used as an economic and socio-political resource resonates strongly with the popular strategies of "urban gurus" such as Richard Florida, and increasingly with government policy. Such strategies both contrast with, but also speak to traditions of Canadian state support for culture that have shaped the national(ist) discipline of Canadian art history. The authors of this collection stand at the multiple points where national culture and globalization collide, however, suggesting that academic investigation of the visual in Canada is contested in ways that cannot be contained by arbitrary borders. Bringing together the work of scholars from diverse backgrounds and illustrated with dozens of works of Canadian art, Negotiations in a Vacant Lot unsettles the way we have used "nation" to examine art and culture and looks ahead to a global future. Contributors include Susan Cahill (Nipissing University), Mark A. Cheetham (University of Toronto), Peter Conlin (Academia Sinica, Taipei), Annie Gérin (Université du Québec à Montréal), Richard William Hill (York University), Kristy A. Holmes (Lakehead University), Heather Igloliorte (Concordia University), Barbara Jenkins (Wilfrid Laurier University), Alice Ming Wai Jim (Concordia University), Lynda Jessup (Queen’s University), Erin Morton (University of New Brunswick), Kirsty Robertson (Western University), Rob Shields (University of Alberta), Sarah E.K. Smith (Queen’s University), Imre Szeman (University of Alberta), and Jennifer VanderBurgh (Saint Mary’s University).
Lynda Jessup is director of the Cultural Studies Program at Queen's University. Erin Morton is associate professor of history at the University of New Brunswick. Kirsty Robertson is associate professor of museum studies and contemporary art at the University of Western Ontario.
"This book changes how we should think about visual culture and art history in Canada." John O’Brian, BC Studies

“Provocative and insightful, Negotiations in a Vacant Lot is a truly outstanding work that will provide impetus for new directions of research in the field.” Kirk Niergarth, Department of Humanities, Mount Royal University

This book changes how we should think about visual culture and art history in Canada. – John O’Brian, BC Studies