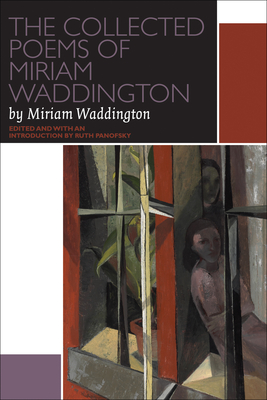 
Special Order—Subject to Availability
Miriam Waddington's verse is deceptively accessible: it is personal but never private, emotional but not confessional, thoughtful but never cerebral. The subtlety of her craft is the hallmark of a modernist poet whose work opens to the world and its readers. She details intoxicating romance and mature love, the pleasures of marriage and motherhood, the experience of raising two sons to adulthood, and the ineffable pain of divorce. As she moved through life, she wrote clearly and uncompromisingly about the vast sweep of Canada, her travels to new lands, the passage of time, the death of her ex-husband, the loss of close friends and, later, of growing old.
Miriam Waddington was a trailblazer. She was the first Jewish Canadian woman to publish poetry written in English and participated in the rise and flowering of modernist Canadian poetry. Her work was groundbreaking for its conversational tone, stylistic play and its focus on female lived experience.Ruth Panofsky is a professor of English at Ryerson University where she specializes in Canadian literature and culture. Her scholarship focuses on Canadian publishing history, authorship studies, textual scholarship, and Jewish Canadian women writers. In addition to scholarly works, she has published two books of poetry.