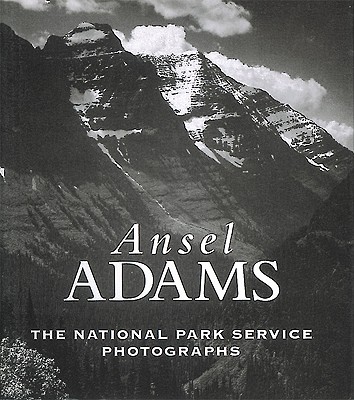 By Ansel Adams, Alice Gray (Introduction and notes by)


Backordered
The invitation to photograph the nation's parklands was the perfect assignment for Adams, as it allowed him to express his deepest convictions as artist, conservationist, and citizen. These stunning photographs of the natural geysers and terraces in Yellowstone, the rocks and ravines in the Grand Canyon, the winding rivers and majestic mountains in Glacier and Grand Teton national parks, the mysterious Carlsbad Caverns, the architecture of ancient Indian villages, and many other evocative views of the American West demonstrate the genius of Adams' technical and aesthetic inventiveness.

In these glorious, seminal images we see the inspired reverence for the wilderness that has made Ansel Adams' work an enduring influence on environmentalism as well as art.

Ansel Adams (1902–1984) was one of the most prolific and highly acclaimed photographers of the twentieth century, and the author of dozens of publications. He helped establish the department of photography at New York’s Museum of Modern Art and founded the Friends of Photography in Carmel, California, and the Center for Creative Photography at the University of Arizona in Tucson. A member of the board of directors of the Sierra Club for thirty-seven years, Adams was instrumental in the growth of the American conservationist movement.

Alice Gray is a writer and editor based in Louisville, Kentucky. Her work has appeared in such publications as Art & Auction and ARTnews.