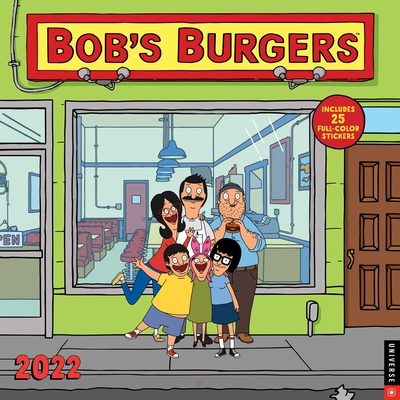 
Special Order—Subject to Availability
(This book cannot be returned.)
Based on the Emmy® Award-winning and big-hearted animated series, the Bob's Burgers 2022 Wall Calendar showcases the entire Belcher family in their best moments.

The Belcher family has become one of America’s favorite TV families, a hit since the show first aired in 2011. This calendar features the entire Belcher family in all their hilarity and glory.
Other features include:
Twentieth Century Studios, Inc. (formerly known as Twentieth Century Fox, Inc.) is an American film studio that is a subsidiary of The Walt Disney Studios, a division of The Walt Disney Company.