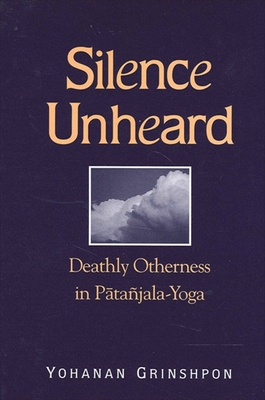 
Special Order—Subject to Availability
Silence Unheard maintains that the reality of Patanjali's Yogasutra is a profound silence barely and variously audible to the scholars and interpreters who approach it. Even the Yogasutra itself is an "approach," a voice articulating an other-- a silent, beyond-speech yogin. Author Yohanan Grinshpon presents Patanjali as a Sankhya-philosopher, who interprets silence in accordance with his own dualist metaphysics and Buddhistic sensibilities. The Yogasutra represents an intellectual's conceptualization of utter otherness rather than the yogin's verbalization of silence. Silence Unheard focuses on the yogin's supra-normal experiences (siddhis) as well as on the classification of silences and the ultimate goal of disintegration through guna balance. The book provides a translation of the Yogasutra divided into two sections: an essential text, concerning the yoga practitioner, and a secondary text, concerning the philosopher. Grinshpon also surveys the encounters of intellectuals, scholars, seekers, devotees, and outsiders with the Yogasutra.
Yohanan Grinshpon is Lecturer in Indian Studies at Hebrew University in Jerusalem.