Time Is of the Essence: Temporality, Gender, and the New Woman (SUNY Series) (Hardcover) 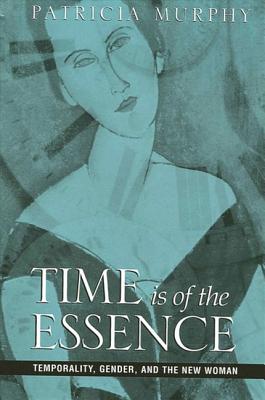 Time Is of the Essence: Temporality, Gender, and the New Woman (SUNY Series) (Hardcover)


Special Order—Subject to Availability
In Time Is of the Essence, Patricia Murphy argues that the Victorian debate on the Woman Question was informed by a crucial but as yet unexplored element at the fin de si cle: the cultural construction of time. Victorians were obsessed with time in this century of incessant change, responding to such diverse developments as Darwinism, a newfound faith in progress, an unprecedented fascination with history and origins, and the nascent discipline of evolutionary psychology. The works examined here--novels by Thomas Hardy, Olive Schreiner, H. Rider Haggard, Sarah Grand, and Mona Caird--manipulate prevalent discourses on time to convey anxieties over gender, which intensified in the century's final decades with the appearance of the rebellious New Woman. Unmasking the intricate relationship between time and gender that threaded through these and other works of the period, Murphy reveals that the cultural construction of time, which was grounded in the gender-charged associations of history, progress, Christianity, and evolution, served as a powerful vehicle for reinforcing rigid boundaries between masculinity and femininity. In the process, she also covers a number of other important and intriguing topics, including the effects of rail travel on Victorian perceptions of time and the explosion of watch production throughout the period.
Patricia Murphy is Assistant Professor of English at Missouri Southern State College.