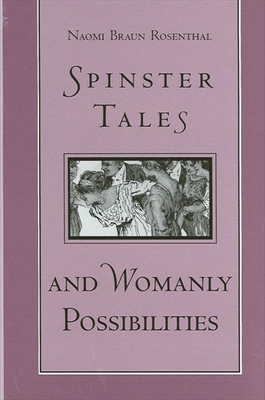 
Special Order—Subject to Availability
The spinster, once a ubiquitous figure in American popular culture, has all but vanished from the scene. Intrigued by the fact that her disappearance seems to have gone unnoticed, Naomi Braun Rosenthal traces the spinster's life and demise by using stories from the Ladies' Home Journal (from 1890, 1913, and 1933), along with Hollywood films from the 1940s and 1950s, such as It's a Wonderful Life; Now, Voyager; and Summertime, among others. Originally invoked as a symbol of female independence a hundred years ago, when marriage and career were considered to be incompatible choices for women, spinsterhood was advocated as an alternate path by some and viewed as a threat to family life by others. Today, there are few traces of the spinster's existence--the options open to women have dramatically changed--but we continue to grapple with concerns about women's desires and "the future of the family.
At the State University of New York, Naomi Braun Rosenthal is Professor of American Studies at the College at Old Westbury and Visiting Professor of Sociology at Stony Brook.