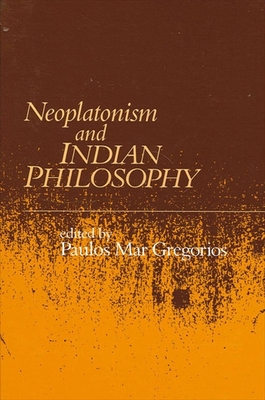 
Special Order—Subject to Availability
During the last two centuries a remarkable similarity between the philosophical system of Plotinus (205-270 A.D.) and those of various Hindu philosophers in various centuries, including some that lived prior to the Third Century A.D. has been discovered. This book addresses the possibility of any direct influence of Indian thought upon Plotinus and his teacher Ammonius Saccas (185-250 A.D.) or even upon their major source, Plato. Are Platonism and Plotinism, and the thought patterns in Western religion, literature, and art derived from them, to be considered as mere variations on themes found in ancient Hindu philosophy or are they pure evolutionary products of Greek philosophy? The essays in this book show the actual similarities in themes or philosophical systems that exist between certain Western Neoplatonic writers and some major Hindu philosophers and deals with the arguments, pro and con, of the case for an Indian source for the thought of Plotinus. Some of the essays are critical studies involving the comparison of technical terms and linguistic considerations, whereas others are only general comparisons. An exercise in comparative philosophy, this book constitutes a de facto East-West philosophical dialogue. It concludes with an extensive critical essay on the role of ritual, myth, and magic in Neoplatonism, an ancillary topic relevant to a comparison of Eastern and Western religious thought.
Paulos Mar Gregorios (1922-1996) was Mar Thoma (Syrian) Orthodox Bishop of New Delhi and North India and taught at the Orthodox Theological College in New Delhi.