Sleep as a State of Consciousness in Advaita Vedanta (Hardcover) 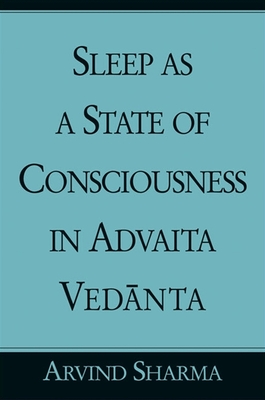 Sleep as a State of Consciousness in Advaita Vedanta (Hardcover)


Special Order—Subject to Availability
Indian philosophy bases itself on three states of consciousness: waking, dreaming, and deep sleep. Deep sleep, or susupti, plays an important role in Advaita Vedanta, the major philosophical school that advocates a doctrine of pure consciousness. Explaining and savoring this paradox, this book shows how the concept of deep sleep can be used in Advaita Vedanta to reveal a philosophical insight, validate an argument, illustrate a moral, or adorn a tale. Arvind Sharma explores why sleep is a phenomenon that philosophers should be interested in and examines it in classical Hindu religious texts, including the Upanisads, and in foundational, early, and modern Advaita Vedanta.
Arvind Sharma is Birks Professor of Comparative Religion at McGill University. His many books include Methodology in Religious Studies: The Interface with Women's Studies, also published by SUNY Press, and The Study of Hinduism.