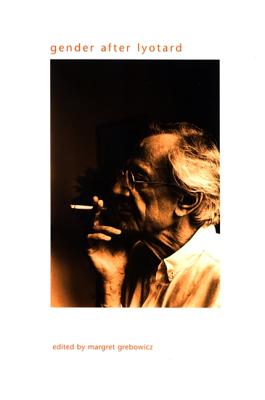 
Special Order—Subject to Availability
The revolutionary French thinker Jean-Fran ois Lyotard indicates in many of his writings that one of the most significant philosophical problems is the problem of gender. In spite of this, feminist thinkers in both the continental and Anglo-American traditions have largely ignored his work, perhaps because his approach to the question of gender is unsystematic, fluid, and difficult. This volume attempts to situate the central concerns of contemporary feminist theory--aesthetics, embodiment, performance, sexual difference, ethics, testimony--within Lyotard's writings, to show that these concerns have always been there. Contributors discuss film theory, body modification, feminist critiques of science, postholocaust art, the feminine sublime, and theater. As a whole, the book serves as a robust meditation on the nature of "the political" as understood by Lyotard, and demonstrates the many different ways in which feminist concerns are taken up in discussions regarding the nature of the political in contemporary continental thought. An afterword by James Williams--one of the world's leading Lyotard commentators--is included.
Margret Grebowicz is Assistant Professor of Philosophy at Goucher College and the coeditor (with Valerie Kinloch) of Still Seeking an Attitude: Critical Reflections on the Work of June Jordan.