The Intelligence of Flowers (Paperback) 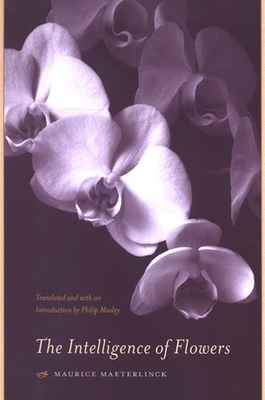 The Intelligence of Flowers (Paperback)


Special Order—Subject to Availability
The second of Maeterlinck's four celebrated nature essays--along with those on the life of the bee, ant, and termite--"The Intelligence of Flowers" (1907) represents his impassioned attempt to popularize scientific knowledge for an international audience. Writing with characteristic eloquence, Maeterlinck asserts that flowers possess the power of thought without knowledge, a capacity that constitutes a form of intelligence. Appearing one hundred years after the first publication, Philip Mosley's new translation of the original French essay, and the related essay "Scents," maintains the verve of Maeterlinck's prose and renders it accessible to the present-day reader. This is a book for those who are excited by creative encounters between literature and science as well as current debates on the relationship of humankind to the natural world.
The Belgian author Maurice Maeterlinck (1862-1949) is remembered best as a pioneer of Symbolist drama in the 1890s. Recipient of the Nobel Prize for Literature in 1911, Maeterlinck was also a prolific and accomplished essayist. Philip Mosley is Professor of English, Communications, and Comparative Literature at Penn State University.