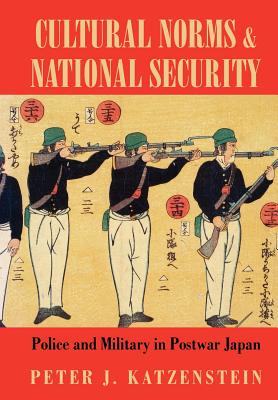 Nonviolent state behavior in Japan, this book argues, results from the distinctive breadth with which the Japanese define security policy, making it inseparable from the quest for social stability through economic growth. While much of the literature on contemporary Japan has resisted emphasis on cultural uniqueness, Peter J. Katzenstein seeks to explain particular aspects of Japan's security policy in terms of legal and social norms that are collective, institutionalized, and sometimes the source of intense political conflict and change. Culture, thus specified, is amenable to empirical analysis, suggesting comparisons across policy domains and with other countries. Katzenstein focuses on the traditional core agencies of law enforcement and national defense. The police and the military in postwar Japan are, he finds, reluctant to deploy physical violence to enforce state security. Police agents rarely use repression against domestic opponents of the state, and the Japanese public continues to support, by large majorities, constitutional limits on overseas deployment of the military. Katzenstein traces the relationship between the United States and Japan since 1945 and then compares Japan with postwar Germany. He concludes by suggesting that while we may think of Japan's security policy as highly unusual, it is the definition of security used in the United States that is, in international terms, exceptional.

Peter J. Katzenstein is Walter S. Carpenter, Jr., Professor of International Studies at Cornell University. The author of several books, he is also editor of Tamed Power: Germany in Europe and, with Takashi Shiraishi, Network Power: Japan and Asia.