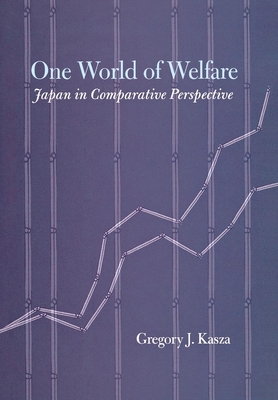 One World of Welfare offers a systematic, comparative examination of Japan's welfare policies and a critical assessment of previous research. Gregory J. Kasza rejects the view that the Japanese welfare system is unique; he challenges the nearly universal belief that the postwar Japanese state neglected welfare to promote rapid economic growth; he rejects the claim that there is a regional welfare model in East Asia; and he uses the Japanese case to question the dominant framework for comparative welfare research. The author explores the relevance of both convergence and divergence theories for understanding the Japanese record and spotlights the importance of international influences on the timing and content of Japan's welfare policies.

This book offers a fresh comparative template for research on Japanese public policy. Case studies of Japan have often exaggerated its distinctiveness. Comparative research documents points of similarity as well as difference; it unearths the foreign models that have swayed Japan's policymakers; and it reveals what others might learn from Japan's experience. Most of the welfare challenges that Japan has faced over the last century have resembled those confronting other nations, and the Japanese have often patterned their welfare policies after those of Western countries. Japan's welfare system must be understood within a broader pattern of global policy diffusion.

Gregory J. Kasza is Professor of Political Science and Professor of East Asian Languages and Culture at Indiana University. He is the author of The State and the Mass Media in Japan, 1918-1945 and The Conscription Society: Administered Mass Organizations.