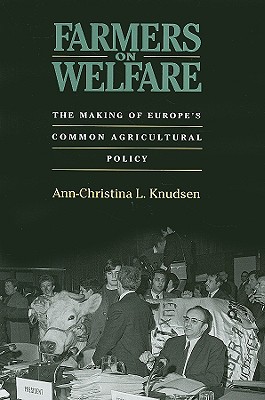 In 2007 the farm subsidies of the European Union's Common Agricultural Policy took over 40 percent of the entire EU budget. How did a sector of diminishing social and economic importance manage to maintain such political prominence? The conventional answer focuses on the negotiations among the member states of the European Community from 1958 onwards. That story holds that the political priority, given to the CAP, as well as its long-term stability, resides in a basic devil's bargain between French agriculture and German industry. In Farmers on Welfare, a landmark new account of the making of the single largest European policy ever, Ann-Christina L. Knudsen suggests that this accepted narrative is rather too neat. In particular, she argues, it neglects how a broad agreement was made in the 1960s that related to national welfare state policies aiming to improve incomes for farmers. Drawing on extensive archival research from a variety of political actors across the Community, she illustrates how and why this supranational farm regime was created in the 1960s, and also provides us with a detailed narrative history of how national and European administrations gradually learned about this kind of cooperation.By tracing how the farm welfare objective was gradually implemented in other common policies, Knudsen offers an alternative account of European integration history.

Ann-Christina L. Knudsen is Associate Professor in the Department of European Studies at Aarhus University, Denmark.