Protection by Persuasion: International Cooperation in the Refugee Regime (Hardcover) 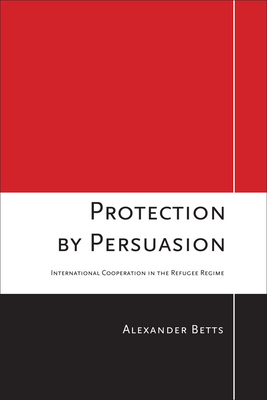 Protection by Persuasion: International Cooperation in the Refugee Regime (Hardcover)

States located near crisis zones are most likely to see an influx of people fleeing from manmade disasters; African states, for instance, are forced to accommodate and adjust to refugees more often than do European states far away from sites of upheaval. Geography dictates that states least able to pay the costs associated with refugees are those most likely to have them cross their borders. Therefore, refugee protection has historically been characterized by a North-South impasse. While Southern states have had to open their borders to refugees fleeing conflict or human rights abuses in neighboring states, Northern states have had little obligation or incentive to contribute to protecting refugees in the South.In recent years, however, the Office of the United Nations High Commissioner for Refugees (UNHCR) has sought to foster greater international cooperation within the global refugee regime through special conferences at which Northern states are pushed to contribute to the costs of protection for refugees in the South. These initiatives, Alexander Betts finds in Protection by Persuasion, can overcome the North-South impasse and lead to significant cooperation.Betts shows that Northern states will contribute to such efforts when they recognize a substantive relationship between refugee protection in the South and their own interests in such issues as security, immigration, and trade. Highlighting the mechanisms through which UNHCR has been able to persuade Northern states that such links exist, Protection by Persuasion makes clear that refugee protection is a global concern, most effectively addressed when geographic realities are overridden by the perception of interdependence.

Alexander Betts is Hedley Bull Research Fellow, University of Oxford, and the coauthor of UNHCR: The Politics and Practice of Refugee Protection into the Twenty-First Century.