"at the Hawk's Well" and "the Cat and the Moon": Manuscript Materials (Cornell Yeats) (Hardcover) 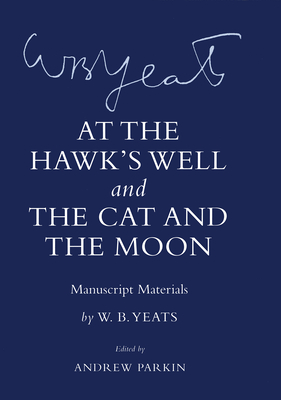 "at the Hawk's Well" and "the Cat and the Moon": Manuscript Materials (Cornell Yeats) (Hardcover)

Both At the Hawk's Well (1917) and The Cat and the Moon (1924) dramatize their characters' journeys of the soul to magic wells. In At the Hawk's Well, the characters believe the miraculous well is a source of eternal life, but neither benefits from it. The play portrays the failure of its hero's quest in the Irish heroic age and makes clear W. B. Yeats's own preoccupation with aging, marriage, and perhaps waning inspiration. In The Cat and the Moon, the characters again put their faith in a magic well and the saint who guards it, and both are rewarded with miracles: it is a parodic repetition of the earlier play, but with a happy ending. The characters are satirical portraits of actual people, yet they are subject to the lunar cycles of personal and historical change.

The Cornell Yeats edition of these two plays presents photographs and transcriptions of the typescripts that the author prepared and revised, along with images of Lennox Robinson's musical settings for the songs in the 1931 performances of The Cat and the Moon. Andrew Parkin prefaces the texts with a census of manuscripts, an introduction discussing the content of the plays, the history of their composition and performance, and a chronology of their composition. In both plays, Yeats drew on the conventions of Noh theater, and he suggested that they be performed in a single evening (along with The Dreaming of the Bones).

Andrew Parkin is Professor of English, Emeritus, at the Chinese University of Hong Kong.