The Devil: A New Biography (Hardcover) 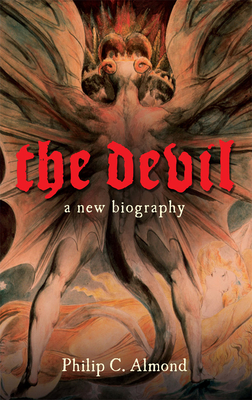 The Devil: A New Biography (Hardcover)

"Although the Devil still 'lives' in modern popular culture, for the past 250 years he has become marginal to the dominant concerns of Western intellectual thought. That life could not be thought or imagined without him, that he was a part of the everyday, continually present in nature and history, and active at the depths of our selves, has been all but forgotten. It is the aim of this work to bring modern readers to a deeper appreciation of how, from the early centuries of the Christian period through to the recent beginnings of the modern world, the human story could not be told and human life could not be lived apart from the 'life' of the Devil. With that comes the deeper recognition that, for the better part of the last two thousand years, the battle between good and evil in the hearts and minds of men and women was but the reflection of a cosmic battle between God and Satan, the divine and the diabolic, that was at the heart of history itself."--from The Devil

Lucifer, Mephistopheles, Beelzebub; Ha-Satan or the Adversary; Iblis or Shaitan: no matter what name he travels under, the Devil has throughout the ages and across civilizations been a compelling and charismatic presence. In Christianity, Judaism, and Islam, the supposed reign of God has long been challenged by the fiery malice of his opponent, as contending forces of good and evil have between them weighed human souls in the balance.

In The Devil, Philip C. Almond explores the figure of evil incarnate from the first centuries of the Christian era. Along the way, he describes the rise of demonology as an intellectual and theological pursuit, the persecution as witches of women believed to consort with the Devil and his minions, and the decline in the belief in Hell and in angels and demons as corporeal beings as a result of the Enlightenment. Almond shows that the Prince of Darkness remains an irresistible subject in history, religion, art, literature, and culture.

Almond brilliantly locates the "life" of the Devil within the broader Christian story of which it is inextricably a part; the "demonic paradox" of the Devil as both God's enforcer and his enemy is at the heart of Christianity. Woven throughout the account of the Christian history of the Devil is another complex and complicated history: that of the idea of the Devil in Western thought. Sorcery, witchcraft, possession, even melancholy, have all been laid at the Devil's doorstep. Until the Enlightenment enforced a "disenchantment" with the old archetypes, even rational figures such as Thomas Aquinas were obsessed with the nature of the Devil and the specific characteristics of the orders of demons and angels. It was a significant moment both in the history of demonology and in theology when Benedict de Spinoza (1632-1677) denied the Devil's existence; almost four hundred years later, popular fascination with the idea of the Devil has not yet dimmed.

Philip C. Almond is Associate Dean of Humanities and Social Sciences (Research) and Professorial Research Fellow at the Centre for the History of European Discourses at The University of Queensland. He is the author of many books, including Afterlife: A History of Life after Death, from Cornell; The Lancashire Witches: A Chronicle of Sorcery and Death on Pendle Hill; Adam and Eve in Seventeenth-Century Thought; and Heaven and Hell in Enlightenment England.