Myth and Politics in Ancient Near Eastern Historiography (Paperback) 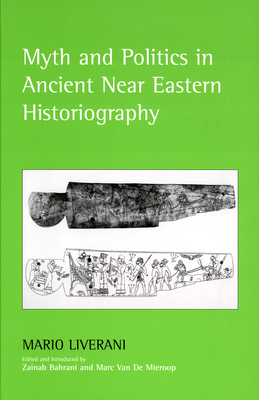 Myth and Politics in Ancient Near Eastern Historiography (Paperback)

The essays included in this volume analyze important historical texts from various regions of the Ancient Near East. The distinguished Italian historian Mario Liverani suggests that these historiographical texts were of a true historical nature and that their literary forms achieved their intended results. Liverani focuses on two central themes in these texts: myth and politics.There is a close connection, Liverani finds, between the writing of history and the validation of political order and political action. History defines the correct role and behavior of political leaders, especially when they do not possess the validation provided by tradition. Historical texts, he discovers, are more often the tools for supporting change than for supporting stability.Liverani demonstrates that history writing in the Ancient Near East made frequent use of mythical patterns, wisdom motifs, and literary themes in order to fulfill its audience's cultural expectations. The resulting nonhistorical literary forms can mislead interpretation, but an analysis of these forms allows the texts' sociopolitical and communicative frameworks to emerge.