The Serf, the Knight, and the Historian (Paperback) 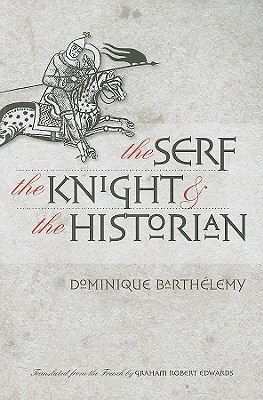 The Serf, the Knight, and the Historian (Paperback)

The term 'feudal society' is a caricature. It was invented by nineteenth-century historians to capture a particular period in French history, that of the retreat of monarchy (and thus of state authority) and the supposed tyranny of fiefdoms. It had its uses. As caricatures go, it was no worse than many others. But it was both reductionist and unbalanced. Among other things, it reduced society to bonds of dependency that were ritualized and personalized, and it imagined a scenario of quasi-independent castles, each with its own knights, existing in a state of continuous warfare with one another. It largely ignored other links and networks, and it overlooked the fact that warfare between neighbors was intermittent and limited. Meanwhile, in the real world, apart from such conflict-though sometimes through it-social construction was going on.--Dominique Barth lemyIn a collection of combative essays, updated for this new translation, Dominique Barth lemy presents a sharply revisionist account of the history of France around the year 1000. He challenges the view, developed in the enormously influential writings of Georges Duby and others, that France underwent a kind of revolution at the millennium that transformed it into the classic feudal, or seigneurial, society we know from a host of college textbooks.Barth lemy advances his own original views, positing a much more complex and incremental evolution, and maintaining that the post-Carolingian world was more dynamic and creative than Duby and his successors have held. Barth lemy's view requires historians to radically rethink their notions of the history of serfs and nobles, of the so-called Peace of God movements, of the influence (indeed, even the existence) of millenarian fears, and of the nature of the legal system in early medieval Europe. Moreover, it challenges the utility of the term feudalism itself, and of our notion that Europe of the High Middle Ages was a feudal society.Originally published in French under the title La mutation de l'an mil a-t-elle eu lieu?, this book has generated loud debate on both sides of the Atlantic. In addition to having been revised throughout, the Cornell edition contains a new preface, concluding chapter, and bibliography.