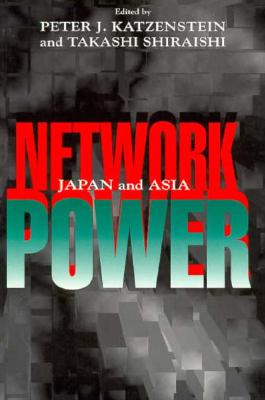 This book examines regional dynamics in contemporary east and southeast Asia, scrutinizing the effects of Japanese dominance on the politics, economics, and cultures of the area. The contributors ask whether Japan has now attained, through sheer economic power and its political and cultural consequences, the predominance it once sought by overtly military means.

The discussion is framed by the profound changes of the past decade. Since the end of the Cold War and the breakup of the Soviet Union, regional dynamics increasingly shape international and national developments. This volume places Japan's role in Asian regionalism in a broader comparative perspective with European regionalism and the role Germany plays. It assesses the competitive logics of continental and coastal primacy in China. In starkest form, the question addressed is whether Chinese or Japanese domination of the Asian region is more likely.

Between a neo-mercantilist emphasis on the world's movement toward relatively closed regional blocs and an opposing liberal view that global markets are creating convergent pressures across all national boundaries and regional divides, this book takes a middle position. Asian regionalism is identified by two intersecting developments: Japanese economic penetration of Asian supplier networks through a system of production alliances, and the emergence of a pan-Pacific trading region that includes both Asia and North America. The contributors emphasize factors that are creating an Asia marked by multiple centers of influence, including China and the United States.

Peter J. Katzenstein is Walter S. Carpenter, Jr., Professor of International Studies at Cornell University. Takashi Shiraishi is Vice President and Professor at the National Graduate Institute for Policy Studies in Japan and the author or editor of several books.