The Explorers: Stories of Discovery and Adventure from the Australian Frontier (Paperback) 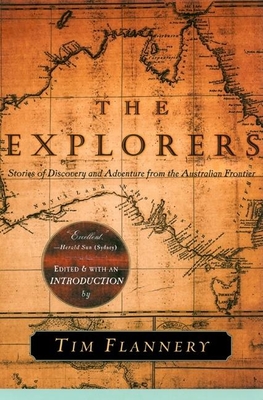 The Explorers: Stories of Discovery and Adventure from the Australian Frontier (Paperback)


Not On Our Shelves—Ships in 1-5 Days
A lively collection of extraordinary stories of adventure and discovery, The Explorers tells the epic saga of the conquest and settlement of Australia. Editor Tim Flannery selects sixty-seven accounts that convey the sense of wonder and discovery, along with the human dimensions of struggle and deprivation, which occurred in the exploration of the last continent to be fully mapped by Europeans. Beginning with the story of Dutch captain Willem Janz's 1606 expedition at Cape York -- the bloody outcome of which would sadly foreshadow future relations between colonists and Aboriginal peoples -- and running through Robyn Davidson's 1977 camelback ride through the desolate Outback deserts, The Explorers bristles with the enterprise that Flannery explains as heroic, for nowhere else did explorers face such an obdurate country.