The Future Eaters: An Ecological History of the Australasian Lands and People (Paperback) 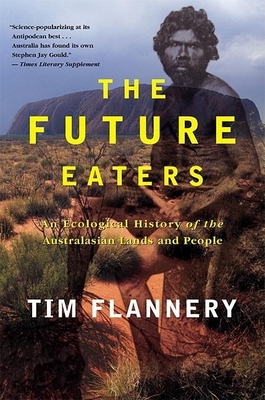 The Future Eaters: An Ecological History of the Australasian Lands and People (Paperback)


Not On Our Shelves—Ships in 1-5 Days
(This book cannot be returned.)
Humans first settled the islands of Australia, New Zealand, New Caledonia, and New Guinea some sixty millennia ago, and as they had elsewhere across the globe, immediately began altering the environment by hunting and trapping animals and gathering fruits and vegetables. In this illustrated iconoclastic ecological history, acclaimed scientist and historian Tim Flannery follows the environment of the islands through the age of dinosaurs to the age of mammals and the arrival of humanity on its shores, to the coming of European colonizers and the advent of the industrial society that would change nature's balance forever. Penetrating, gripping, and provocative, The Future Eaters is a dramatic narrative history that combines natural history, anthropology, and ecology on an epic scale. Flannery tells his beautiful story in plain language, science-popularizing at its Antipodean best. -- Times Literary Supplement Like the present-day incarnation of some early-nineteenth-century explorer-scholar, Tim Flannery refuses to be fenced in. -- Time.