Atomic America: How a Deadly Explosion and a Feared Admiral Changed the Course of Nuclear History (Paperback) 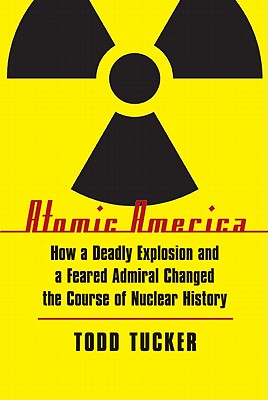 Atomic America: How a Deadly Explosion and a Feared Admiral Changed the Course of Nuclear History (Paperback)


Not On Our Shelves—Ships in 1-5 Days
On January 3, 1961, nuclear reactor SL-1 exploded in rural Idaho, spreading radioactive contamination over thousands of acres and killing three men. The army blamed “human error” and a sordid love triangle. Though overshadowed by Three Mile Island, SL-1 remains the only fatal nuclear reactor incident in American history.
Todd Tucker, who first heard the rumors about the Idaho Falls explosion as a trainee in the navy’s nuclear program, suspected there was more to the accident than rumors suggested. Poring over hundreds of pages of primary sources and interviewing survivors revealed that the army and its contractors had deliberately obscured the true cause of the accident, which resulted from poor engineering as much as uncontrolled passions.  The National Reactor Testing Station, where the meltdown occurred, had been a proving ground where engineers, generals, and admirals attempted to realize the Atomic Age dream of unlimited power—amid the frantic race for nuclear power between the army, the navy, and the air force. The fruit of those ambitious plans included that of the nation’s unofficial nuclear patriarch, Admiral Rickover, whose “true submarine,” the USS Nautilus, would forever change naval warfare. But with the meltdown in Idaho came the end of the army’s program and the beginning of the navy’s long-standing monopoly on military nuclear power. Atomic America provides a fast-paced narrative history, advocating caution and accountability in harnessing nuclear energy.
Todd Tucker served as an officer with the U.S. Navy’s nuclear submarine force and is the author of The Great Starvation Experiment.
“Today, trying to balance the realities of global warming with America’s energy needs, the U.S. Nuclear Regulatory Commission has received proposals for 32 new reactors—which makes Tucker’s book vitally relevant.”—Publishers Weekly

“Tucker has achieved the difficult task of entertaining as he enlightens: Atomic America is a gripping narrative as well as a clearheaded caution as we enter what perhaps will become the era of atomic precedence.”—Sara Hov, Army

“With the United States again considering nuclear power as a means to reduce its dependence on fossil fuels, Atomic America serves as a reeminder that, whether the United States is finally ready to pass the nuclear responsibility test or not, the days of careless, runaway atomic enthusiasm are firmly in this nation’s past.”—Mike Kanin, Washington City Paper

“Tucker is a good explainer, and his background in the field lends authority to his technical descriptions.”—Seth Shulman, Washington Post

“A brilliantly told story of nuclear power development in the United States. At a moment when Americans may be turning to the atom as a solution to our energy and environmental needs, this is a much-needed cautionary tale.”—Priscilla J. McMillan, author of The Ruin of J. Robert Oppenheimer