Scripting Revolution: A Historical Approach to the Comparative Study of Revolutions (Paperback) 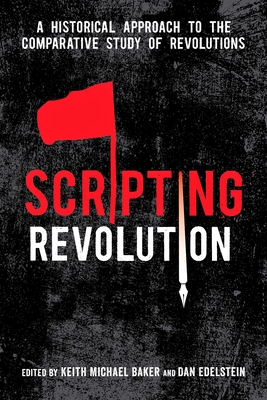 Scripting Revolution: A Historical Approach to the Comparative Study of Revolutions (Paperback)

The Arab Spring was heralded and publicly embraced by foreign leaders of many countries that define themselves by their own historic revolutions. The contributors to this volume examine the legitimacy of these comparisons by exploring whether or not all modern revolutions follow a pattern or script. Traditionally, historians have studied revolutions as distinct and separate events. Drawing on close familiarity with many different cultures, languages, and historical transitions, this anthology presents the first cohesive historical approach to the comparative study of revolutions.

This volume argues that the American and French Revolutions provided the genesis of the revolutionary script that was rewritten by Marx, which was revised by Lenin and the Bolshevik Revolution, which was revised again by Mao and the Chinese Communist Revolution. Later revolutions in Cuba and Iran improvised further. This script is once again on display in the capitals of the Middle East and North Africa, and it will serve as the model for future revolutionary movements.

Keith M. Baker is Professor of Early Modern European History at Stanford University. His books include What's Left of Enlightenment? and Inventing the French Revolution. Dan Edelstein is Professor of French and History at Stanford University. He is the author of The Terror of Natural Right: Republicanism, the Cult of Nature, and the French Revolution, which won the 2009 Oscar Kenshur Book Prize.