The Case for U.S. Nuclear Weapons in the 21st Century (Paperback) 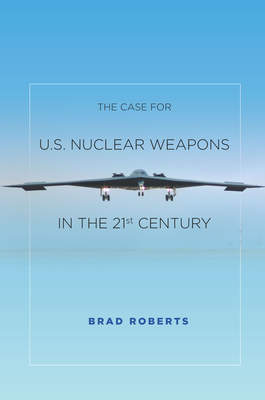 The Case for U.S. Nuclear Weapons in the 21st Century (Paperback)

This book is a counter to the conventional wisdom that the United States can and should do more to reduce both the role of nuclear weapons in its security strategies and the number of weapons in its arsenal. The case against nuclear weapons has been made on many grounds--including historical, political, and moral. But, Brad Roberts argues, it has not so far been informed by the experience of the United States since the Cold War in trying to adapt deterrence to a changed world, and to create the conditions that would allow further significant changes to U.S. nuclear policy and posture.

Drawing on the author's experience in the making and implementation of U.S. policy in the Obama administration, this book examines that real world experience and finds important lessons for the disarmament enterprise. Central conclusions of the work are that other nuclear-armed states are not prepared to join the United States in making reductions, and that unilateral steps by the United States to disarm further would be harmful to its interests and those of its allies. The book ultimately argues in favor of patience and persistence in the implementation of a balanced approach to nuclear strategy that encompasses political efforts to reduce nuclear dangers along with military efforts to deter them.

Brad Roberts is Director of the Center for Global Security Research at Lawrence Livermore National Laboratory. From 2013 to 2014 he was a William J. Perry Fellow at Stanford University's Center for International Security and Cooperation. From 2009 to 2013, he served as Deputy Assistant Secretary of Defense for Nuclear and Missile Defense Policy.