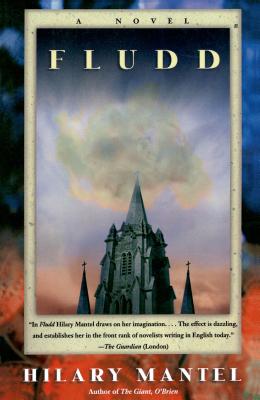 One dark and stormy night in 1956, a stranger named Fludd mysteriously turns up in the dismal village of Fetherhoughton. He is the curate sent by the bishop to assist Father Angwin-or is he? In the most unlikely of places, a superstitious town that understands little of romance or sentimentality, where bad blood between neighbors is ancient and impenetrable, miracles begin to bloom. No matter how copiously Father Angwin drinks while he confesses his broken faith, the level of the bottle does not drop. Although Fludd does not appear to be eating, the food on his plate disappears. Fludd becomes lover, gravedigger, and savior, transforming his dull office into a golden regency of decision, unashamed sensation, and unprecedented action. Knitting together the miraculous and the mundane, the dreadful and the ludicrous, Fludd is a tale of alchemy and transformation told with astonishing art, insight, humor, and wit.

“Hilary Mantel's wildly inventive novel about a reincarnated alchemist and an imaginary village in England in the fifties is 'in every sense a magical book'.” —Listener, England

“Fludd...establishes [Mantel] in the front rank of novelists writing in English today.” —The Guardian (London))