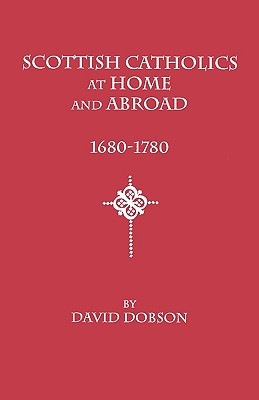 
Not On Our Shelves—Ships in 1-5 Days
(This book cannot be returned.)
The repression of the Scottish Catholic Church has left the genealogist with few official records for identifying Scottish Catholics of this period. With the repeal of the penal laws in 1793, Catholic parish registers began to be kept; however, only four Catholic parish registers pre-date 1780 (Braemar from 1608, Kirkconnel from 1730, Ballater from 1769, and St. Mary's Edinburgh from 1777). This dearth of parish registers convinced David Dobson to mine other sources in search of Catholic identities. Working from the Hudson Bay Records Archives, the National Archives in London and Edinburgh, the Scottish Catholic Archives in Edinburgh, various European archives, and a number of other repositories, Dr. Dobson has prepared an alphabetical list of about 2,000 Catholics who lived in Scotland between 1680 and 1780.