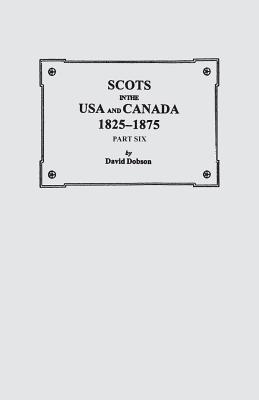 
Not On Our Shelves—Ships in 1-5 Days
(This book cannot be returned.)
The sixth installment in David Dobson's "Scots in the USA and Canada, 1825-1875" endeavors to identify, in the absence of official Scottish passenger lists to North America, as many as possible of the Scottish men, women, and children who took part in this great migration. Containing about 1,500 sketches not found in the prior books, Part Six brings the total number of passenger sketches to nearly 10,000.