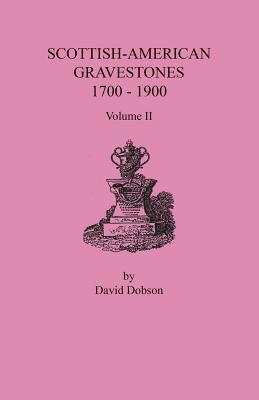 
Not On Our Shelves—Ships in 1-5 Days
(This book cannot be returned.)
This book, the second in its series and the first such collection since 1998, is based on both published and unpublished material. The book also differs from Volume One in that it includes gravestone inscriptions located in cemeteries on both sides of the Atlantic. While the inscriptions are unique unto themselves, virtually every one identifies the decedent by name, years of birth as well as death, and place of demise in North America In many instances the entries also convey an individual's parents' names, the decedent's occupation, year of emigration, and the source. In all Volume II contains about 1,600 inscriptions with references to at least three times as many Scots or Scottish-Americans.