Scottish Jacobites of 1715 and the Jacobite Diaspora (Paperback) 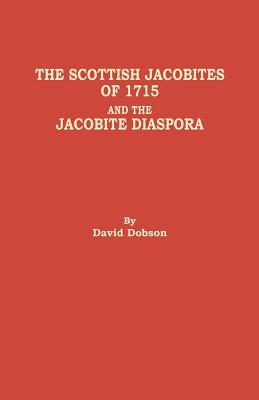 Scottish Jacobites of 1715 and the Jacobite Diaspora (Paperback)


Not On Our Shelves—Ships in 1-5 Days
(This book cannot be returned.)
In 1689 James Stuart, King of Scotland, England, and Ireland, abandoned his thrones and went into exile in France, to be replaced by William and Mary as sovereigns. Thereafter, there were several attempts by supporters of the House of Stuart, known as Jacobites, to replace the new House of Hanover and restore the former royal family. Information on the ordinary Jacobites is generally difficult to find, apart from those who fell into the hands of the government. This volume, however, provides a partial list of Jacobites of 1715 based on manuscript or printed primary sources. This compilation has been accumulated over several years, and some of the data has been used in Mr. Dobson's previous books, such as "Dictionary of Scots Banished to the American Plantations, 1650-1715." At the same time, there is significant new material in the book resulting from more intensive research. In all, this mostly new collection identifies about 2,500 Jacobites of 1715 by name, date, place, and source, and in many cases by locality of origin, name of family member(s), name of vessel traveled upon, and destination in the Americas.