I Used to Be Famous (Hardcover) 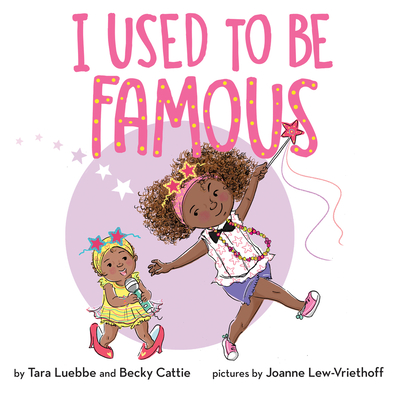 I Used to Be Famous (Hardcover)


In Stock—Click for Locations
Kiely's been famous her entire life, but when a baby sister appears on the scene, she feels like a has-been. Now Kiely has to figure out how to gain back the attention of her adoring fans (her family), even if it means sharing the spotlight.
Becky Cattie has always had a flair for the dramatic and loves all things entertainment—especially character-driven narratives. She was a casting producer for reality TV shows like NBC’s America’s Got Talent, ABC’s Extreme Makeover, and E!’s The Simple Life in Los Angeles. She lives in Chicago. Tara Luebbe is a self-described “Picture Book Nerd.” In her previous life, she owned a toy and book store in Atlanta, which was a catalyst for writing her own books. Joanne Lew-Vriethoff is the award-winning illustrator of such books as Another Day as Emily and The Dancing Pancake by Eileen Spinelli and Peace, Baby! by Linda Ashman.
"This clever exploration of the mixed emotions of welcoming a new baby into a family is sure to elicit more than a few laughs from the divas accustomed to having all the attention." —Kirkus Reviews