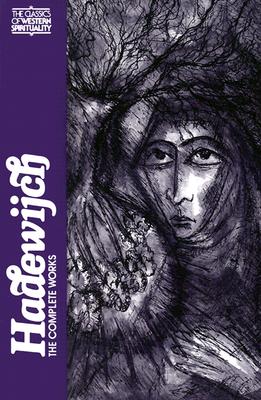 
Not On Our Shelves—Ships in 1-5 Days
"Each volume has been critically chosen, lucidly translated and excellently introduced by internationally acknowledged scholars. (The publisher) must be praised for its selectivity, overall book format, original cover designs by contemporary artists, and indexes for each volume." Theological Studies Hadewijch: The Complete Works translation and introduction by Mother Columbia Hart, O.S.B., preface by Paul Mummers, S.J. "May God give us a renewed mind For noble and free love, To make us so new in our life That Love may bless us And renew, with new taste, Those to whom she can give new fullness; Love is the new and powerful recompense Of those whose life renews itself for Love alone." Hadewijch (A Beguine of the 13th Century) Belonging to the early thirteenth century, Hadewijch brings us a spiritual message of extraordinary power. She was endowed in no less degree than St. Teresa of Avila with the gifts of visionary mysticism and literary genius. She felt herself strongly a woman, as can be seen from her choosing to join the women's movement of her day, that of the Beguines, who dedicated themselves to a life of true spirituality without taking the veil. Hadewijch understood that she was called to communicate to others the profound knowledge of the things of God granted to her in her mystical life. She directed her apostolate to some younger Beguines, and nearly all her writings, both prose and poetry, were intended for them. She mentions other spiritual friends, some in distant countries. Her experiences and her message, however, however, remained hidden; she attained to no celebrity among her contemporaries. The way of immediate fame was for other women mystics. St. Hildegard (1098-1179), the visionary and writer, enjoyed high reputation Clairvaux, and crowned heads. Hadewijch's contemporary, St. Lutgard (1183-1246), was widely known for her visions of the Sacred Heart, which won her the friendship of persons like the Master General of the Dominican Order and Duchess Marie of Brabant (daughter of King Louis VIII of France), and after her death made her tomb a place of pilgrimage. Where Hadewijch was buried, however, no one knows and her writings, after passing through the hands of John of Ruusbroec and his circle, were lost to sight until the nineteenth century. Since the rediscovery of Hadewijch, her importance has been progressively appreciated, and the hidden dimension of her life is now open so that we may share it according to the particular needs of our own day. +