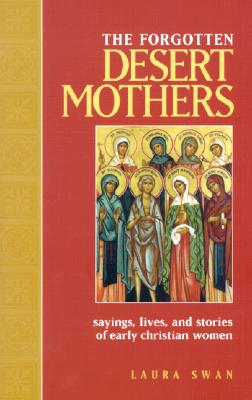 
Special Order—Subject to Availability
In The Forgotten Desert Mothers, Laura Swan introduces readers to the sayings, lives, stories and spirituality of women in the early Christian desert and monastic movement, from the third century on. In doing so, she finally sets the record straight that women played an important and influential role in early Christianity, indeed a role that has been long overshadowed by men. She begins with an exploration of the historical context and spirituality of the desert ascetics. Then she weaves together the sayings of the major desert ammas, or mothers, along with commentary that invites readers to reflect on their own spiritual journey as they share their wisdom. The book then journeys between desert, monastery and city to reveal the stories of ascetics and solitaries whose stories are rarely heard, organized in the author's own alphabetical collection. The Forgotten Desert Mothers demonstrates, like no other work, that women have long had a history of leadership in Christianity. This engaging, eye-opening and insightful work targets all faith seekers looking to reclaim the history and spirituality of the women who came before them, as well as to understand their own inner journey. It will be a welcome addition to courses on early church history, women's studies and religious studies. +