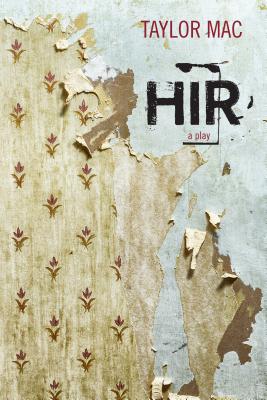 Discharged from the Marines under suspicious circumstances, Isaac comes home from the wars, only to find the life he remembers upended. Isaac’s father, who once ruled the family with an iron fist, has had a debilitating stroke; his younger sister, Maxine, is now his brother, Max; and their mother, Paige, is committed to revolution at any cost. Determined to be free of any responsibility toward her formerly abusive husband—or the home he created—Paige fervently believes she can lead the way to a "new world order." Hir, Taylor Mac’s subversive comedy, leaves many of our so-called normative and progressive ideas about gender, families, the middle class—and cleaning—in hilarious and ultimately tragic disarray.

TAYLOR MAC’s plays include The Bourgeois Oligarch, The Fre, The Lily’s Revenge, The Walk Across America for Mother Earth, The Young Ladies Of, Red Tide Blooming, and The Be(a)st of Taylor Mac.
"[A] brave deconstruction of a family drama that slides from bizarre farce to Greek tragedy with audacious velocity." —San Jose Mercury News

"Hir challenges expectations on every level except that of providing engrossing entertainment, which it does to a remarkable degree." —San Francisco Chronicle

“Hir is a play that is both a lacerating American Family–style sitcom and a potent domestic drama that ends with devastating poignancy.”—Minneapolis Star Tribune