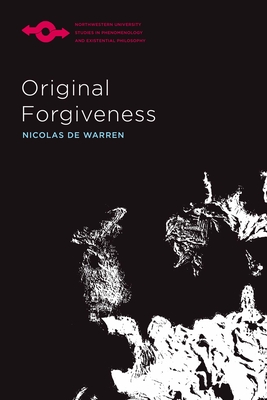 In Original Forgiveness, Nicolas de Warren challenges the widespread assumption that forgiveness is always a response to something that has incited it. Rather than considering forgiveness exclusively in terms of an encounter between individuals or groups after injury, he argues that availability for the possibility of forgiveness represents an original forgiveness, an essential condition for the prospect of human relations. De Warren develops this notion of original forgiveness through a reflection on the indispensability of trust for human existence, as well as an examination of the refusal or unavailability to forgive in the aftermath of moral harms.

De Warren engages in a critical discussion of philosophical figures, including Martin Heidegger, Hannah Arendt, Mikhail Bakhtin, Edmund Husserl, Gabriel Marcel, Emmanuel Levinas, and Jean Améry, and of literary works by William Shakespeare, Fyodor Dostoevsky, Heinrich von Kleist, Simon Wiesenthal, Herman Melville, and Maurice Sendak. He uses this discussion to show that in trusting another person, we must trust in ourselves to remain available to the possibility of forgiveness for those occasions when the other person betrays a trust, without thereby forgiving anything in advance. Original forgiveness is to remain the other person’s keeper—even when the other has caused harm. Likewise, being another’s keeper calls upon an original beseeching for forgiveness, given the inevitable possibility of blemish or betrayal.

NICOLAS DE WARREN is an associate professor of philosophy at Penn State University. He is the author of Husserl and the Promise of Time.

“Original Forgiveness is a rich intellectual feast, its pages filled with equally adept and illuminating readings of texts philosophical and literary. Its argument about the nature of ‘forgiveness’ prior to injury or resentment is truly original, in every sense, as is its discussion of the deep relationship between forgiveness and trust. This is a remarkable and wise book that reveals how, why, and when we forgive and trust.” —Ashraf H. A. Rushdy, author of After Injury: A Historical Anatomy of Forgiveness, Resentment, and Apology

“A beautiful series of reflections on forgiveness as an originary openness and trust in the world. de Warren moves between philosophy and literature to explore the possibility of responding to the unforgivable in a way that neither sanctions wrong-doing nor forecloses redemption.” —Lisa Guenther, author of Solitary Confinement: Social Death and Its Afterlives

“This is a bold and original meditation on forgiveness, trust, and their mutual dependence . . . This moving and unconventional work will challenge contemporary assumptions of private as well as political morality.” —Susan Neiman, author of Learning from the Germans: Race and the Memory of Evil

“Drawing on an impressive range of resources, de Warren’s work is a significant contribution to philosophical reflection on the nature and experience of trust and forgiveness, and an insightful and welcome reading of Levinas’s radical ethic, teasing out the implications of original responsibility through its inevitable failures and the unavoidable question of forgiveness.” —Fiona Utley, Phenomenological Reviews