William Faulkner: An Annotated Bibliography of Criticism Since 1988 (Hardcover) 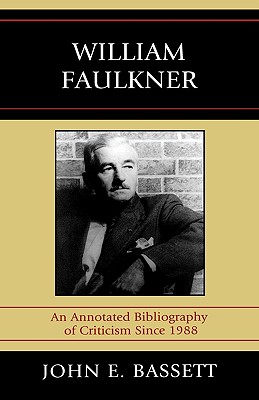 William Faulkner: An Annotated Bibliography of Criticism Since 1988 (Hardcover)


Not On Our Shelves—Ships in 1-5 Days
Considered one of the great American authors of the 20th century, William Faulkner (1897-1962) produced such enduring novels as The Sound and the Fury, Light in August, and As I Lay Dying, as well as many short stories. His works continue to be a source of interest to scholars and students of literature, and the immense amount of criticism about the Nobel-prize winner continues to grow. Following his book Faulkner in the Eighties (Scarecrow, 1991) and two previous volumes published in 1972 and 1983, John E. Bassett provides a comprehensive, annotated listing of commentary in English on William Faulkner since the late 1980s. This volume dedicates its sections to book-length studies of Faulkner, commentaries on individual novels and short works, criticism covering multiple works, biographical and bibliographical sources, and other materials such as book reviews, doctoral dissertations, and brief commentaries. This bibliography provides an organized and accessible list of all significant recent commentary on Faulkner, and the annotations direct readers to those materials of most interest to them. The information contained in this volume is beneficial for scholars and students of this author but also general readers of fiction who have a special interest in Faulkner.
John E. Bassett is President of Clark University. He is the author of several books, including Sherwood Anderson: An American Career (2005) and Thomas Wolfe: An Annotated Bibliography of Criticism (Scarecrow, 1996).