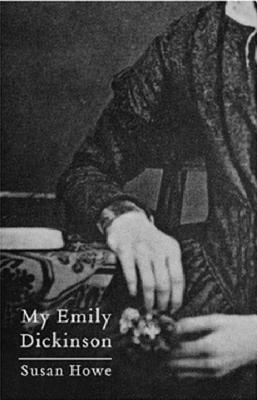 For Wallace Stevens, "Poetry is the scholar's art." Susan Howe—taking the poet-scholar-critics Charles Olson, H.D., and William Carlos Williams (among others) as her guides—embodies that art in her 1985 My Emily Dickinson (winner of the Before Columbus Foundation Book Award). Howe shows ways in which earlier scholarship had shortened Dickinson's intellectual reach by ignoring the use to which she put her wide reading. Giving close attention to the well-known poem, "My Life had stood—a Loaded Gun," Howe tracks Dickens, Browning, Emily Brontë, Shakespeare, and Spenser, as well as local Connecticut River Valley histories, Puritan sermons, captivity narratives, and the popular culture of the day. "Dickinson's life was language and a lexicon her landscape. Forcing, abbreviating, pushing, padding, subtracting, riddling, interrogating, re-writing, she pulled text from text...."

Susan Howe has won the Bollingen Prize, the Frost Medal, and the Griffin Award. She is the author of such seminal works as Debths, That This, The Midnight, My Emily Dickinson, The Quarry, and The Birthmark.

Eliot Weinberger is an essayist, editor, and translator. He lives in New York City.
One of our seminal works of creative scholarship.
— Michael Palmer

In the non-conformist tradition of William Carlos Williams's In the American Grain and Charles Olson's Call Me Ishmael, Susan Howe's My Emily Dickinson reclaims the primacy of the poet's voice in American literary criticism even as it redresses the troubling absence of women within those antecedents. In this groundbreaking and influential work, Howe explores Dickinson's poems in all their radical indeterminacy and acoustical complexity, brilliantly revealing their explosive, modern power. My Emily Dickinson is visionary criticism at its best.

As a poet and a critic she articulates precisely those soundings of uncertainty, those zones of failed or impaired utterance that constitute the literary history of America's uneasy commerce with the world.
— Richard Sieburth - Times Literary Supplement