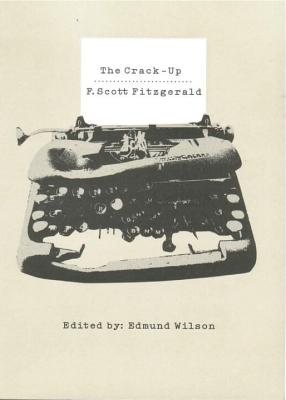 A self-portrait of a great writer 's rise and fall, intensely personal and etched with Fitzgerald's signature blend of romance and realism.

The Crack-Up tells the story of Fitzgerald's sudden descent at the age of thirty-nine from glamorous success to empty despair, and his determined recovery. Compiled and edited by Edmund Wilson shortly after F. Scott Fitzgerald's death, this revealing collection of his essays—as well as letters to and from Gertrude Stein, Edith Wharton, T.S. Eliot, John Dos Passos—tells of a man with charm and talent to burn, whose gaiety and genius made him a living symbol of the Jazz Age, and whose recklessness brought him grief and loss. "Fitzgerald's physical and spiritual exhaustion is described brilliantly," noted The New York Review of Books: "the essays are amazing for the candor."

F. Scott Fitzgerald was born in St. Paul, Minnesota on September 24, 1896. After graduating from Princeton University, he served in the United States Army during World War I. Fitzgerald’s first novel, This Side of Paradise (1920), was a national bestseller, and he went on to publish three more complete novels and over one hundred popular short stories over the course of his lifetime. The Great Gatsby (1925), his best-known work, remains a timeless examination of social class, wealth, and the American Dream. Fitzgerald spent his final years writing screenplays in Los Angeles. He died of a heart attack on December 21, 1940 at the age of forty-four, leaving behind the unfinished novel The Love of the Last Tycoon.