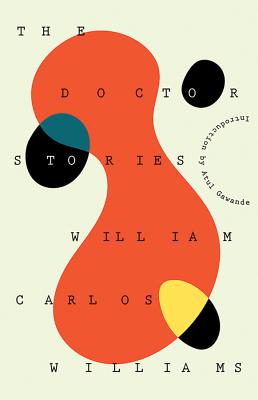 A new edition of one of the best books ever written about being a doctor: writing as aware and memorable as Chekhov’s.

The Doctor Stories collects thirteen of Williams’s stories (direct accounts of his experiences as a doctor), six related poems, and a chapter from his autobiography that connects the world of medicine and writing, as well as a new preface by Atul Gawande, an introduction by Robert Coles (who put the book together), and a final note by Williams’s son (also a doctor), about his famous father. The writings are remarkably direct and freshly true. As Atul Gawande notes, “Reading these tales,you find yourself in a conversation with Williams about who people really are—who you really are. Williams recognized that, caring for the people of his city, he had a front-row seat to the human condition. His writing makes us see it and hear it and grapple with it in all its complexities. That is his lasting gift.”

Besides being a practicing physician, William Carlos Williams (1883–1963) was a poet, short-story writer, novelist, translator, playwright, and essayist whose contribution to the development of modern American poetry grew out of his commitment to recording the "local" experience of Rutherford, New Jersey, and its environs.

The surgeon and public health leader Dr. Atul Gawande is a MacArthur Fellow and a staff writer for the New Yorker and has written four New York Times best sellers.
Williams’ shockingly vivid portraits of bigotry and bias ultimately serve to expose the normally opaque medical practitioner, examining the examiner where his flaws are most flagrant...The collection moves like a surgeon: It makes you uncomfortable and looks at you naked. Then, it changes you.
— Claudia Ross - Cleveland Review of Books

This is powerful but not comfortable reading, in the prose of a poet and the vision of a healer. I wish all doctors would read it.
— The Wall Street Journal

Stories written with the swift, concise, unsentimental exactitude of a great diagnostician who also happened to be a great poet.
— Philip Gourevitch

A stunning combination of ease and urgency.
— Booklist

The Doctor Stories are clinical vignettes at their best and most engaging: dramatic, lively, full of the heroism it takes to be human.