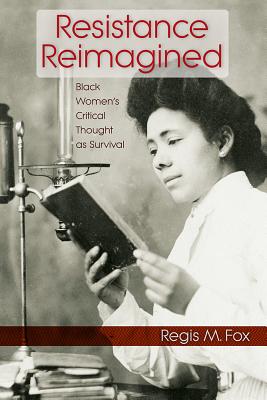 Resistance Reimagined highlights unconventional modes of black women's activism within a society that has spoken so much of freedom but has granted it so selectively. Regis Fox terms this gap between democratic promise and dispossession the "liberal problematic," and in this book she shows how black women have disrupted it as a form of resistance. Looking closely at nineteenth- and twentieth-century writings by African American women that reimagine antebellum America, Fox introduces types of black activism that differ from common associations with militancy and maleness. In doing so, she confronts expectations about what African American literature can and should be.

Fox analyzes Harriet Wilson's Our Nig, Elizabeth Keckly's Behind the Scenes, Anna Julia Cooper's A Voice From the South, and Sherley Anne Williams's Dessa Rose. Too often, she argues, writers like these have been overshadowed by figures such as Sojourner Truth or Ida B. Wells, whose more tangible social defiance fits standard models of what resistance looks like. The thinkers highlighted by Fox have been dismissed as elitist, accommodationist, or complicit--yet Fox reveals that in reality, they critique the progressive ideology that underlies the liberal problematic. They are astutely attuned to the areas of American society not reached by notions of liberalism and progress. As a result, the world they portray is one of philosophical contradictions, legal paradoxes, and incoherent social practices that support white supremacy. Fox shows how these women use their writing to protest antiblack violence, reject superficial reform, call for major sociopolitical change, and challenge the false promises of American democracy.