The Treaty of Portsmouth: An Adventure in American Diplomacy (Paperback) 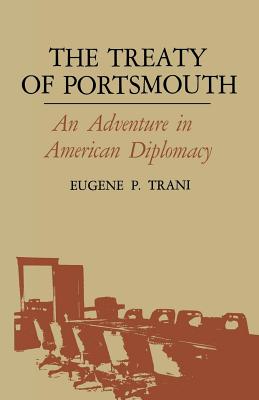 The Treaty of Portsmouth: An Adventure in American Diplomacy (Paperback)


Not On Our Shelves—Ships in 1-5 Days
(This book cannot be returned.)
Theodore Roosevelt's interest in foreign affairs was no less intense than his zeal for domestic reform, as Eugene P. Trani demonstrates in this new study of the Portsmouth Conference which in 1906 brought an end to the Russo-Japanese war. Conscious of America's growing stature as a world power and concerned lest continued hostilities disrupt further the political and economic composition of East Asia, Roosevelt proclaimed himself peacemaker. With characteristic energy-and with considerable tact.
Eugene P. Trani is assistant professor of history at Southern Illinois University.