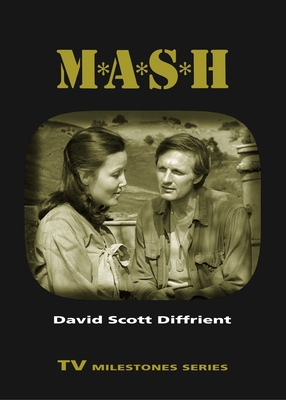 Few American television series are as deeply entrenched in twentieth-century popular culture as M*A*S*H, a Korean War medical comedy characterized by its dark tone and finesse in tackling serious social and political issues. By the end of its run, M*A*S*H had been a mainstream hit for several seasons and won fourteen Emmys, leading it to be called "the most popular pre-Seinfeld series in television history." In this comprehensive study of M*A*S*H, David Scott Diffrient analyzes the series' contextual issues--such as its creation, reception, and circulation--as well as textual issues like its formal innovations, narrative strategies, and themes.

While numerous episode summaries, cast interviews, trivia books, and even recipe guides have been inspired by M*A*S*H, only one other scholarly study of the series exists. Diffrient breaks new ground by fully addressing the wealth of complexities and contradictions in the series and exploring how they are rooted in the cultural ethos of the Vietnam War era. He examines the origins of M*A*S*H and the history surrounding its original broadcast, eventual syndication, and its reception, and he unpacks its narrative strategies, thematic motifs, and questions of identity and identification. In particular, Diffrient explores how the series was able to transcend the traditional boundaries of the sitcom and tackle issues like racial injustices, gender biases, bureaucratic mismanagement, and military snafus.

In his exhaustive analysis, Diffrient draws extensively on archival materials including original scripts, memos, and personal correspondence of the show's writers. He also considers the show's links to antiwar fiction and its influential and critically overlooked representation of Koreans and the Korean War. Students and teachers of film and television studies, as well as readers interested in M*A*S*H will enjoy this installment in the TV Milestones Series.