Who Will Care for Us?: Aging and Long-Term Care in Multicultural America (Paperback) 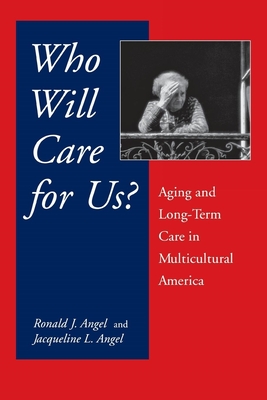 Who Will Care for Us?: Aging and Long-Term Care in Multicultural America (Paperback)

An important contribution to the on-going national dialogue concerning the need for planning for an increasingly aged population and its impact on our social, political, medical, economic institutions.
--Wisconsin Bookwatch
Based on their assessments of the levels of need for the long-term care among African-American, Latino, and non-Latino white older persons, the authors offer viable and attractive possible alternatives to institutionalization in the long-term care of the elderly.
--Nurse Practitioner
A major contribution. Should be a part of every course on social gerontology, long-term care, the demography of aging, or formal/informal support networks of the elderly.
--Robert Joseph Taylor, Institute for Social Research, University of Michigan
America is getting older. By the year 2010, almost one in five Americans will be 65 years of age or older.The combined forces of low fertility and longer life spans among all racial and ethnic groups have resulted in a disproportionate increase in the number of individuals over 65 and an even faster increase in the proportion of those individuals over eighty-five. As a result, the nation faces an unprecedented challenge in addressing the economic, medical, and long-term care needs of this older population at the same time that it assures the welfare of the young. The growth of the cost of the long-term care of the elderly is one of the major forces behind recent increases in Medicaid expenditures, and any reformed health care financing system will have to find ways of providing high quality long-term care to older Americans at a reasonable cost.
In a racially and culturally diverse nation like the United States, official policy regarding the care of the elderly simply cannot be based on the assumption that the elderly are a culturally and socially monolithic population. The cultural, social, and economic situations of the elderly simply differ too greatly and the family's role in their care is affected by important cultural and social factors.
In Who Will Care for Us? Ronald J. and Jacqueline L. Angel argue that policies based on the assumption of a homogenous population will fail to take advantage of the opportunities that ethnic and cultural diversity offer for the long-term care of the elderly. The authors examine the great racial and ethnic diversity among the elderly in the contemporary U.S. in terms of living arrangements, economic well-being, and reliance on formal and family-based sources of support. Based on their assessments of the levels of need for long-term care among black, Hispanic, and non-Hispanic white older persons, they offer viable and attractive possible alternatives to institutionalization in the long-term care of the elderly.

Ronald J. Angel is Professor of Sociology at the University of Texas at Austin.