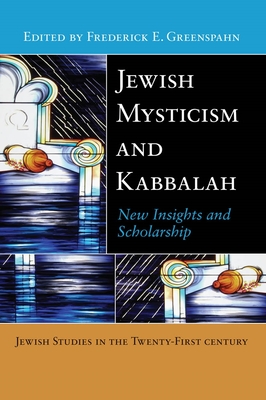 Over the past generation, scholars have devoted increasing attention to the diverse forms that Jewish mysticism has taken both in the past and today: what was once called "nonsense" by Jewish scholars has generated important research and attention both within the academy and beyond, as demonstrated by the popular fascination with figures such as Madonna and Demi Moore and the growing interest in spirituality.

In Jewish Mysticism and Kabbalah, leading experts introduce the history of this scholarship as well as the most recent insights and debates that currently animate the field in a way that is accessible to a broad audience. From mystical outpourings in ancient Palestine to the Kabbalah Centre, and from attitudes towards gender to mystical contributions to Jewish messianic movements, this volume explores the various expressions of Jewish mysticism from antiquity to the present day in an engaging style appropriate for students and non-specialists alike.
Frederick E. Greenspahn is Gimelstob Eminent Scholar in Judaic Studies emeritus at Florida Atlantic University. He has written/edited 16 books, including When Brothers Dwell Together: The Preeminence of Younger Siblings in the Hebrew Bible (OUP '94) and Essential Papers on Israel and the Ancient Near East (NYU Press, '00) . He is a former President of the National Association of Professors of Hebrew and was, for 5 years, editor of its journal, Hebrew Studies.