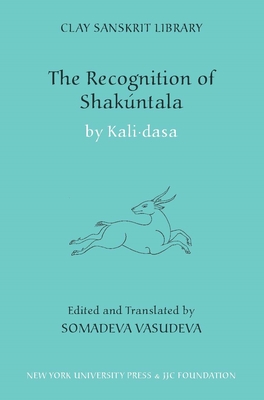 This is book number 62 in the Clay Sanskrit Library series.

This play was one of the first examples of Indian literature to be seen in Europe; it attracted considerable attention (among others, from Goethe), and indeed pained surprise that such a sophisticated art-form could have developed without the rest of the world noticing. A good deal of that surprise will be revived by the hitherto untranslated Kashmirian recension.
Kali-dasa's The Recognition of Shak ntala is a play that scarcely needs introduction. Among the first works of Sanskrit literature translated into European languages, its skilful plot of thwarted love and eventual redemption has long charmed audiences around the world. Shakúntala's story is a leitmotiv that recurs in many works of Indian literature and culminates in the master Kali-dasa's drama for the stage.
Co-published by New York University Press and the JJC Foundation
For more on this title and other titles in the Clay Sanskrit series, please visit http: //www.claysanskritlibrary.org