The Antipolygamy Controversy in U.S. Women's Movements, 1880-1925: A Debate on the American Home (Development of American Feminism) (Hardcover) 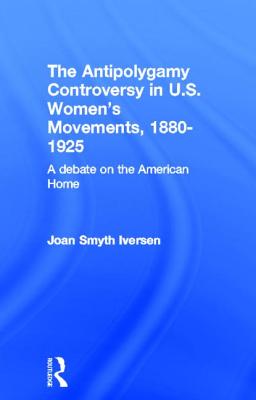 The Antipolygamy Controversy in U.S. Women's Movements, 1880-1925: A Debate on the American Home (Development of American Feminism) (Hardcover)


Not On Our Shelves—Ships in 1-5 Days
(This book cannot be returned.)
This first study of the antipolygamy movement in the United States traces its growth from a Utah-based women's group into a national crusade where it sparked a debate in suffrage politics. The author analyzes this debate, highlighting the differing views of marriage, family, and the role of women held by suffrage leaders, Mormon women, and antipolygamy reformers. Antipolygamy rhetoric masked a more significant debate within women's groups about the structure and meaning of the American family. Coming in the post-Civil War period, the antipolygamy agenda reflects an attempt to re-construct the Republican family, diminish patriarchal authority, and improve the status of women. The reaction of the antipolygamy women was also more than a struggle for power. Their adherence to the Republican family was a discourse involving not just rhetoric, but a whole range of cultural forms and institutions which provided women with status, moral authority, and an identity. Often the fear of polygamy was mingled with anxiety over the increase in divorce and the emergence of the new woman. Ironically, by the end of the long congressional battle over Utah and the Mormons, both the rhetoric of polygamy and antipolygamy were used against the women's movement.