European Expansion and Representations of Indigenous and African Peoples: A Distorted Vision (Hardcover) 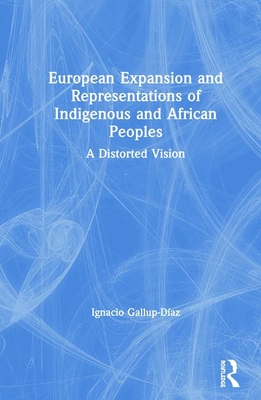 European Expansion and Representations of Indigenous and African Peoples: A Distorted Vision (Hardcover)

This book presents a bold, multifaceted interpretation of early English imperial actions by examining the ways in which English empire-builders and travelers interacted with Indigenous and African peoples during the long process of colonization in the Americas.

Ignacio Gallup-D az argues that early English imperial actors were primarily motivated by practical concerns rather than abstract ideologies-from reacting to, learning from, and avoiding the ongoing Spanish and Portuguese imperial projects to the dynamic collision of English imaginings of empire with the practical realities of governing non-European peoples. The text includes an appendix of primary sources that allows students and instructors to engage with English imperial thinking directly. Readers are encouraged to critically examine English accounts of this period in an attempt to see the Indigenous and African peoples who are embedded in them.

European Expansion and Representations of Indigenous and African Peoples provides an invaluable new framework for undergraduate students and instructors of early American history, Atlantic history, and the history of race and imperialism more broadly.