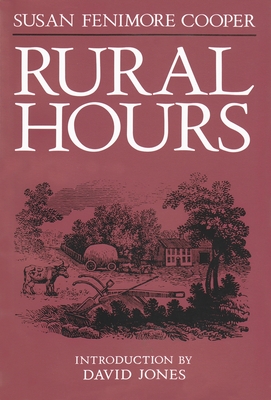 Nature and the mid nineteenth-century American landscape is beautifully revealed in this journal of the seasons. Susan Fennimore cooper, daughter of the great American novelist, wrote this book in 1850, four years before Walden was published. She described it as her "simple record of those little events which make up the course of the seasons in rural life."

As with the works of Thoreau and others in this contemplative genre, including that of Joseph Wood Krutch and Henry Besten, Cooper's work, with its treasury of information about a way of life of which only remnants remain, is for the nature lover, the folklorist, and history buff.

This is the first paperback edition of a book that, when it was originally published, William Cullen Bryant called" one of the sweetest books ever printed." It went through several editions during Cooper's life and was very popular in the United States and England.

Susan Augusta Fenimore Cooper (1813-1894) was a writer who published on diverse subjects, but she is best remembered as a nature writer. The daughter of writer James Fenimore Cooper.