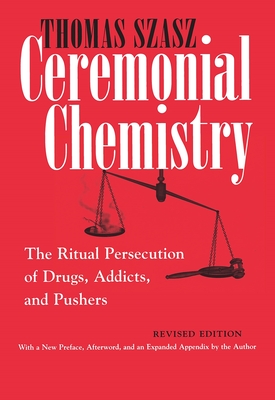 
Not On Our Shelves—Ships in 1-5 Days
Responding to the controversy surrounding drug use and drug criminalization, Thomas Szasz suggests that the "therapeutic state" has overstepped its bounds in labeling certain drugs as "dangerous" substances and incarcerating drug "addicts" in order to cure them. Szasz shows that such policies scapegoat certain drugs as well as the persons who sell, buy, or use them; and 'misleadingly pathologize the "drug problem" by defining disapproved drug use as "disease" and efforts to change the behavior as "treatment." Readers will find in Szasz's arguments a cogent and committed response to a worldwide debate.
Thomas Szasz is professor emeritus of psychiatry at the State University of New York Upstate Medical University in Syracuse. The author of more than six hundred articles and twenty-eight books, he is widely recognized as the leading critic of the coercive interventions employed by the psychiatric establishment. His books include Law, Liberty, and Psychiatry: An Inquiry into the Social Uses of Mental Health Practices; The Manufacture of Madness: A Comparative Study of the Inquisition and the Mental Health Movement; Our Right to Drugs: The Case for a Free Market; and Pharmacracy: Medicine and Politics in America.